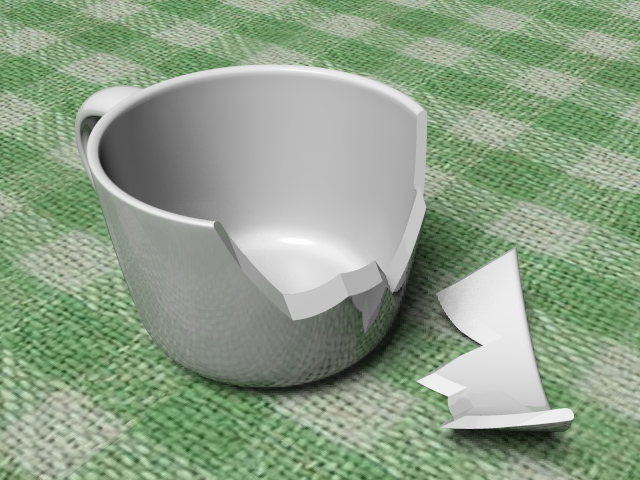 My grandmother’s coffee cup is one of the few things I have that belonged to her. She died when I was seven.

When I inherited the cup, I was too young to use it for its intended purpose, so it was a milk cup or a water cup, but once I went to college, it became again a coffee cup or—more to the point—my coffee cup. Or at least briefly it became my coffee cup before my roommate Lily kno
ked it off my desk, and it broke into at least four pieces.

I cried. Then I went to the drugstore, bought some superglue, and put it back

END_OF_DOCUMENT_TOKEN_TO_BE_REPLACED

Put to death, therefore, whatever belongs to your earthly nature: sexual immorality, impurity, lust, evil desires and greed, which is idolatry.
Colossians 3:5
DailyVerses.net