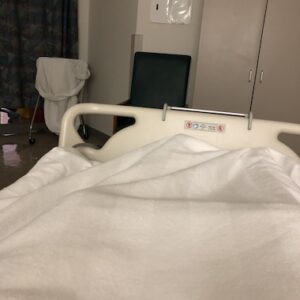 Neither the ER doctor nor the admitting doctor made the customary quip, “You’re lucky to be alive,” but another doctor from the congregation who came over to the house later to interpret all the diagnoses shook his head. “Good job still being alive,” he said. And he gave me a fist bump.

I know that life is precious and precarious, but that’s typically head knowledge. It’s another knowledge altogether when I’m in the ICU being poked and pumped with blood thinners or my husband is ranting around the house about the pharmacy that “tried to kill my wife.” So many people have since told me of their experiences with pulmonary embolisms (past tense), but a fair number have also approached me, rather stricken, to share about loved ones who died of the same. Precious and precarious indeed. END_OF_DOCUMENT_TOKEN_TO_BE_REPLACED