“The extraordinary thing that is about to happen is matched only by the extraordinary moment just before it happens. Advent is the name of that moment.” -Frederick Buechner

I was a little surprised one day, visiting an older couple, to find myself sitting on brand-new living room furniture. This sweet couple was of modest means, and I didn’t remember their previous living room furniture being raggedy at all, so why the splurge? They told a story.

A friend of theirs, decades ago, had fallen on hard times financially and asked them for a loan. They didn’t have much, but they gave him what they had. It couldn’t have been more than a few hundred dollars. He promised he would pay them back, but, as happens, time passed, and they lost touch. They had not heard of him or from him for years, until a letter arrived in the mail with a check for $2000. He’d sussed out their address, adjusted for inflation, and sent along a note. “I bet you thought I’d forgotten,” he’d written, “but I never forget a promise.”

God really never forgets a promise. Through the ages, over centuries and moment to moment, God has remained faithful to his people. He’s faithful to us still now.

“So do not fear, for I am with you,” God told us through the prophet Isaiah, “do not be dismayed, for I am your God. I will strengthen you and help you; I will uphold you with my righteous right hand.” (Isaiah 41:10)

Do not fear? Easier said than done, right? There’s so much in the world that could reasonably terrify us? How do we trust God enough to let go of the fear?

The key to begin letting go of the fear is to take the long view of life, of history, and of ourselves. Even this famous verse from Isaiah 41:10 takes the long view of God’s faithfulness, all the way back to Abraham. More than that, these words point us forward to Jesus: our champion and defender who sets us free from the fear of death. It’s Jesus who promises a day when every tear will be wiped away, “There will be no more death’ or mourning or crying or pain” (Revelation 21:4). 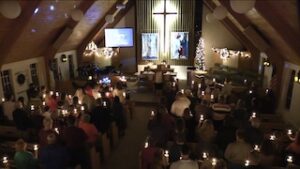 year of Jesus’ birth. It’s the story of a promise of a better, brighter, painless future. It’s a beautiful vision of tomorrow.

Do not fear, friends, because God is with us. He will strengthen us and help us. He will uphold us with his righteous right hand.

Whatever big job or little task we have in front of us, whatever niggling fear is keeping us from that proverbial first step, whatever ridiculous doubt of our own worthiness is whispering to us today, God is with us.

That’s a promise, and God never breaks a promise. 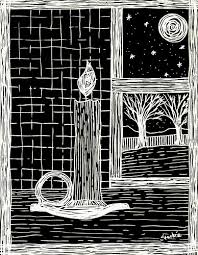 Have you ever prayed to God about something for a long time?  I mean, I really long time, so long that you started wondering if God was listening?  So long that you thought to yourself, “Okay, maybe God’s got something better planned,” but you keep praying anyway?  So long that your friends have started giving you that line about how sometimes God’s greatest gifts are unanswered prayers? (That’s from Garth Brooks, by the way, not the Bible.)

Have you ever keep praying anyway, because what you’re praying for is good: healing or health, or a new job, a mended relationship, or peace with your children? Have you ever kept praying, even though God was silent?  Where’s the hope?

The first chapter of the Gospel of Luke tells the story of Elizabeth and Zechariah, who have been praying for a child for a long, long time.  “Both of them were righteous before God, living blamelessly according to all the commandments and regulations of the Lord, but they had no children because Elizabeth was barren, and both were getting on in years” (Luke 1:7-8).

END_OF_DOCUMENT_TOKEN_TO_BE_REPLACED 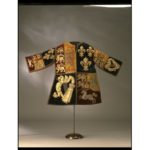