This past Sunday morning, I spent time binge-watching church. Yep, church. Not The Trials of Gabriel Fernandez or Love is Blind (never!). I binge watched church. I’d already recorded our service here in La Junta, after all, and here was my chance to see a bunch of my colleagues in action. 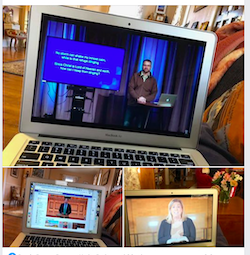 I loved it. All the music, all the voices, all the styles. I watched worship happening in Texas, and Pennsylvania, and here in Colorado (twice). There was lots of talk of faith over fear, given the COVID-19 situation. There was a little bit of fumbling. I mean, really, who’s comfortable leading worship in front of an empty sanctuary? One preacher showed pictures of his recent mission trip. Another clearly hadn’t planned to preach and simply offered his thoughts on God’s goodness. Another preached on Nathaniel (brilliant!) and another on…I can’t actually remember what scripture the last one preached on. I was getting a little foggy by then.

Whatever the singers sang, whatever the preachers preached, I heard one thing over and over: God sees us. In different ways, at different times, the statement was there in all four services, and it struck me as incredibly moving.

God seeing me, though, means I’m known. My fears, my doubts, my panic, my misgiving, my anger, my distrust. All of it is known by this God who continues to love me and heal me anyway.

Our particular community is far enough removed (for now) from the pandemic to be conflicted. What do we do? Anything? How soon? Why? I’ve heard everything from, “It’s a hoax,” to “We’ve got to close up everything for two months.” We’ll have more clarity as the days pass, but, for now, I’m comforted that God sees all of us in our confusion, and He’ll prepare us for whatever comes.

Larry and his parents were lifelong members of our church. Larry and his father were ruling elders at one time. That’s not to say, though, that they were pillars of the church. Perhaps crumbling pillars, but not pillars in that legends-of-faith sort of way. I’ll explain.

Larry got into trouble with drugs back in the 1970’s. He was arrested a few times and then got clean. Some brain cells were lost in the process, but he was still likable, functional, and kind. He stayed clean for decades. That’s when I got to know him. END_OF_DOCUMENT_TOKEN_TO_BE_REPLACED 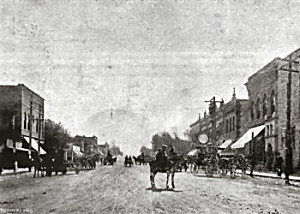 Every day they continued to meet together in the temple courts. They broke bread in their homes and ate together with glad and sincere hearts, praising God and enjoying the favor of all the people. And the Lord added to their number daily those who were being saved.
Acts 2:46-47
DailyVerses.net