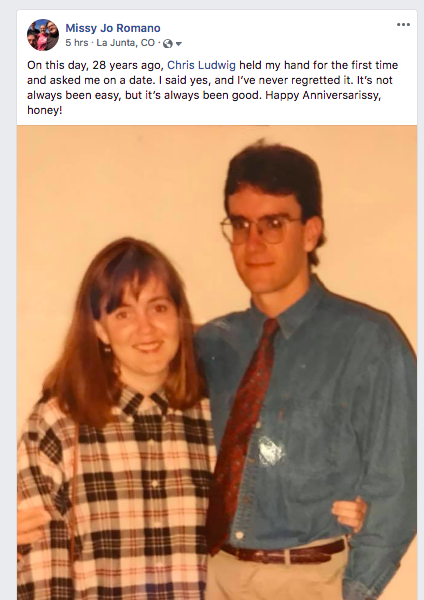 Why did I post it? That’s an interesting question. END_OF_DOCUMENT_TOKEN_TO_BE_REPLACED

Boy meets girl. Boy and girl fall in love. Boy loses girl. That ought to be the end of it, but then boy wins girl back. Or so the story goes.

What seems so normal to us really isn’t. In the covenant of marriage, we ask a man and a woman, two completely different people with completely different desires, fears, temperaments, histories, and hopes, to vow to make a life together. Sometimes, sadly, END_OF_DOCUMENT_TOKEN_TO_BE_REPLACED

God’s steadfastness—His constancy—is the quality of God’s love upon which we can rest our weary heads and wake to work another day, upon which we trust in ourselves and our futures, upon which we step out confidently to fulfill the purposes God has given us.

Daniel James Brown’s book, “Boys in the Boat,” is the story of the University of Washington’s 1936 Olympic victory in rowing. They were 9 working class boys from western Washington, competing against the best, most elite teams in the East and in Great Britain, with races literally rigged to make them lose, as they rowed their hearts out under the gaze of Adolf Hitler. And they won.

The book is about the team and their sport, of course, but, more than that, it’s about one member of the team, Joe Rantz, the unlikeliest boy in the boat. Joe was poor, desperately so, and all but abandoned by his father and his new wife.

The bright spot in Joe’s life was his one true love, Joyce. She made a vow, writes Brown, “come what may, she would make sure he never went through anything like it again, would never again be abandoned, would always have a warm and loving home.”