6931 Hollywood Boulevard. That was my goal, or so I thought.

Earlier this summer, I spent a week with our high school youth group in Hollywood, California, serving the homeless. It was not easy work, and there was not a great deal of free time. Thursday afternoon was the exception, with a few hours available before dinner, and I was going to make it to 6931 Hollywood Boulevard if it was the last thing I did before heading home the next day.

You see, 6931 Hollywood Boulevard is an address along the Hollywood Walk of Fame, and specifically it is the address of the star belonging to Hugh Jackman, hero-hunk of middle aged women. And I was going to get there.

With a group of youth and my long suffering husband, we set out walking from the First Presbyterian Church of Hollywood, just 8 blocks from Hugh’s star, and we had a little over an hour. It should have been easy.

We didn’t walk far, though, before the souvenir shops began to appear, and the youth wanted to stop. “Look, MJ, hats for $5!”

I honestly couldn’t have cared less about cheap hats with Wolverine’s star within reach, but I smiled instead. “Okay, we’ll stop, but just for a minute.” Ten minutes later, we continued.

I’d spent the morning in the refrigerated warehouse of the Los Angeles Regional Food Bank, sorting through mostly spoiled food, as unrecognizable fruits and vegetables dripped nastiness on my sneakers. I was tired, I smelled, and I just wanted to see Huge Ackman’s star.

“Oh, look, they have cheap t-shirts!” Again, I could not have cared less about t-shirts, but I smiled anyway. “Okay, we’ll stop, but just for a minute.” Ten minutes later, we continued.

Well, it will come as no surprise to anyone that I never made it to 6931 Hollywood Boulevard. No, as far as we got was…Steve Guttenberg? Police Academy? Three Men and a Baby? Seriously? 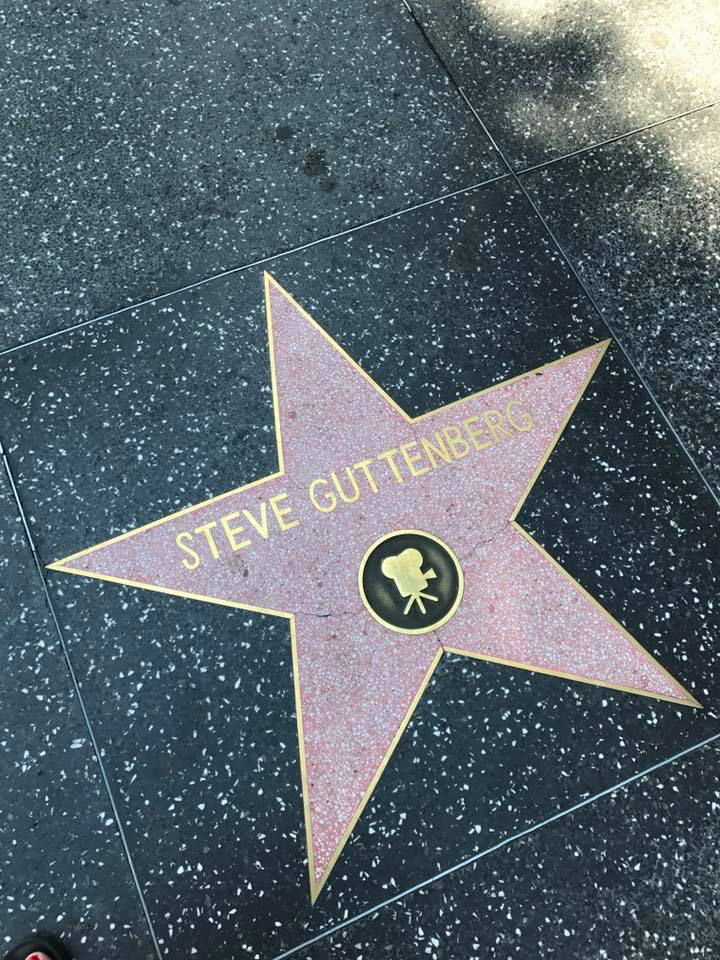 Life, my friend, is full of disappointments. Disappointment is part and parcel of being human: limited, fragile, and self-interested. I was in Hollywood to serve the youth so that they could serve God by serving the homeless, a population who knew much heavier disappointment than missing the sight of Hugh Jackman’s star on the Walk of Fame. It was a lesson in perspective, and a lesson in God’s grace.

My sweet daughter tried to console me later. She appreciates my devotion to Hugh. “Don’t worry, Mom,” she said, patting me on the shoulder, “Maybe we can stop on the way out of town tomorrow?” My husband was driving. He didn’t stop. Go figure.