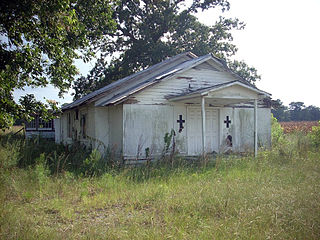 I have a little experience with dying churches. I’ve served a couple of dying churches in my years in ministry before coming to Colorado. Through my denominational work, I’ve been in relationship with about a half dozen more.

Churches die for a lot of reasons, some of which are truly out of the their control. Location has a lot to do with it. I served a church, for instance, that had an interstate built a block away. Sometimes, new faces move into the neighborhood, bringing their own churches with them, like the German Evangelical congregation that disbanded and gave their building to an Ethiopian congregation in its place.

A lot of times, though, it’s more complicated. The reason for their dying is a complicated mix of inflexibility, weak leadership, good leadership at the wrong time, a clinging to tradition and habit, a fear of change and an insistence that this is the way we’ve always done it.

If there’s one characteristic I have seen across the half dozen or so dying churches with whom I’ve been in contact, it is this: An absolute unwillingness—either by leaders or members or both—to sacrifice any aspect of themselves or their comfort for the sake of reaching the people in their community for Christ.

Now, sometimes, sacrifices were made. Radical changes took place, but they were forced by the pastor or the lay leaders or both. And, here’s the thing—it never worked. If the sacrifices weren’t made out of a genuine love for Jesus Christ and a desire to be a church for others, the changes always, always backfired. The conversion of the heart had to come first.

So, that’s what dying churches I have known looked like. Throw in a few narcissists, and pretty soon the church is on life support.

You don’t know a dying church these days by its size, though size plays a role in the death of a church. The dying churches I’ve known still did ministry—a lot of it—and they still claimed to do it in Jesus’ name. Some still had good reputations in their communities, but all had fallen victim to defeat or anger or both.

And it’s the attitude—more than the attendance count—that’s on Jesus’ mind as he addresses the angel of the church in Sardis.

“Remember then what you received and heard; obey it, and repent. If you do not wake up, I will come like a thief, and you will not know at what hour I will come to you.” (Revelation 3:3)

Remember. Remember then what you received.

Remember the Gospel. Remember Jesus. Remember how he taught and walked and healed and prayed, and how he died and rose again, and if you remember that, then the other stuff—the number of butts in the pews and checks in the offering plate—is going to take care of itself because you love Jesus more than you love your own church survival.

Now, here’s the irony. Every dying church I’ve served or come in contact with is great at remembering. Here’s what they remember:

Dying churches are great at remembering. They just remember the wrong things.