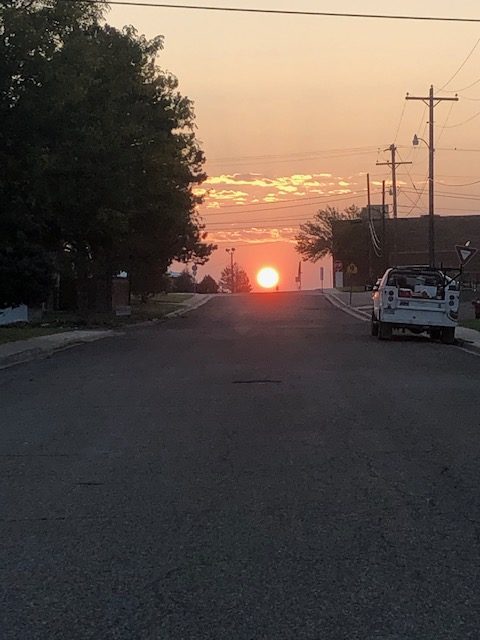 Remember the movie Bruce Almighty, about the man whom God allows to be God just for a while? There’s a scene, early in the movie, in which Bruce is done, just done. He’s tired of his mediocre job, his mediocre apartment, his mediocre life, and he blames his mediocrity on God.

“God is a mean kid sitting on an anthill with a magnifying glass, and I’m the ant. He could fix my life in five minutes if He wanted to, but He’d rather burn off my feelers and watch me squirm.”

Bruce may have not been altogether wrong. Bear with me.

This is a meditation on frustration.

1 The opposite of happiness

It was the philosopher Arthur Schopenhauer who said that the opposite of happiness isn’t sadness. It’s frustration. Or something like that. Actually, he wrote, “It was seen that want and suffering did not directly and of necessity spring from not having, but from desiring to have and not having; that therefore this desire to have is the necessary condition under which alone it becomes a privation not to have and begets pain.” (Arthur Schopenhauer, “The world as idea,“ in The Philosophy of Schopenauer, ed. Irwin Edman, Modern Library series [New York: Random House, 1928], 49)

He’s a philosopher, so cut him slack. Where one word would suffice, philosophers use twenty-two. But, still he’s onto something. I think he’s right.

Frustration is a funny thing. It sneaks up on us. We don’t expect it. Maybe that’s the very nature of frustration. We wouldn’t get so frustrated if we didn’t somewhere, in some tiny cell of ourselves, believe that we can get what we want, everything we want, because we want it, need it, deserve it. But, as Mick Jagger and the boys sing it so well–

You can’t always get what you want.

The Rolling Stones performed “You Can’t Always Get What You Want” from their respective living rooms in a concert to raise funds during this pandemic. How utterly, perfectly appropriate. We’re a whole world not getting what we want, after all, which is to say, we want our lives back. We want normal back.

Hold on, as I keep my attention on frustration a little while longer.

The experience of frustration–as we would name it–is all over scripture. Start to almost-finish, we human folk aren’t getting what we want. In the Hebrew scriptures, it’s the fruit from the tree of the knowledge of good and evil, the Promised Land, a return out of exile. In the gospels, it’s freedom from Roman oppression, a release from earthly sin, the return of our King.

No, no, not yet. It’s the answer they keep hearing.

For the creation waits with eager longing for the revealing of the sons of God. For the creation was subjected to futility, not willingly, but because of him who subjected it, in hope that the creation itself will be set free from its bondage to corruption and obtain the freedom of the glory of the children of God. (Romans 8:19-21 ESV).

Who’s this “him who subjected it”? Maybe the same One who drew a line around that tree in the Garden? Who sent his people to wander 40 years before crossing the line into that Land? The God who exiled his own people rather than see them rot one more night in their own self-idolatry?

The One who frustrates the plans of the peoples (Psalm 33:10 ESV)?

3 Frustration in the pattern of creation

Let’s stop. I’m headed toward a kind of instrumentality that I’d rather avoid. I don’t believe that frustration–the not-getting-of-what-we’re-wanting–is meted out in portions to one or another person or people because of merit or out of divine spite. No.

The kind of frustration I’m describing is something broader, a pattern of being that’s knit into a creation in which God is Creator and we are created, hence limited, hence uncontrolling.

Those limitations do make for frustration. We can’t make the rain come. We can’t stop death. We can’t know our beloved’s thoughts. We can’t protect our kids. We try, oh, how we try, until we can’t. And then we can shake our fist and take it to Twitter. We can try to deny science, deny reason, deny nature, deny hope, and sometimes we succeed. We lock our doors and close our eyes, but those times come–like now–when the denial tears at our very souls. The denial sets friend against friend, sets our teeth on edge, until finally we must say, with quiet relief, “I give up. I’m not god.” And God, the real God, rejoices.

God’s not a mean kid on an anthill with a magnifying glass, no, but he is the God who wants our attention, our devotion and our trust.

We can’t always get what we want, but God, who knows us better and loves us better than we can ever know or love ourselves, can give us what we need. And maybe in getting what we need, we’ll learn along the way to cling a little more tightly and give praise a little more highly to mim.

This pattern of creation that sends us back–no, forces us back–to the One who designed the pattern for our good.

There are a lot of things I really want right now: eight hours’ sleep, for instance, or my congregation to come back, people I love to stop getting sick and dying, an inheritance, a normal senior year for my son, real students in front of me as I teach this fall at the college. The list goes on.

But what do I do about it? What do we do with frustration, so it doesn’t turn to bitterness? So it doesn’t transform into disdain for the people around us who want to believe they have all the answers but who’ve only swallowed the wrong pill? What do we do?

Let’s go back to the apostle Paul:

For in this hope we were saved. Now hope that is seen is not hope. For who hopes for what he sees? But if we hope for what we do not see, we wait for it with patience.  Likewise the Spirit helps us in our weakness. For we do not know what to pray for as we ought, but the Spirit himself intercedes for us with groanings too deep for words (Romans 8:24-26 ESV).

To hope is to trust, really trust, that the days ahead are brighter than the days behind. To hope is to believe that truth wins, peace wins, love wins, not only at the end of time, but in fits and starts even now.

And then, second, we pray.

God, after all, is ever more ready to hear than we are to pray. His door’s wide open, and let me suggest that what we bring to him doesn’t have to be the pretty stuff. Go to God with the stumbling blocks. Go to God with the anger. Go to God with fear that nothing will ever be the same again and the grief at what’s been lost. The Maker of heaven and earth, I guarantee, can handle anything we leave on his doorstep. 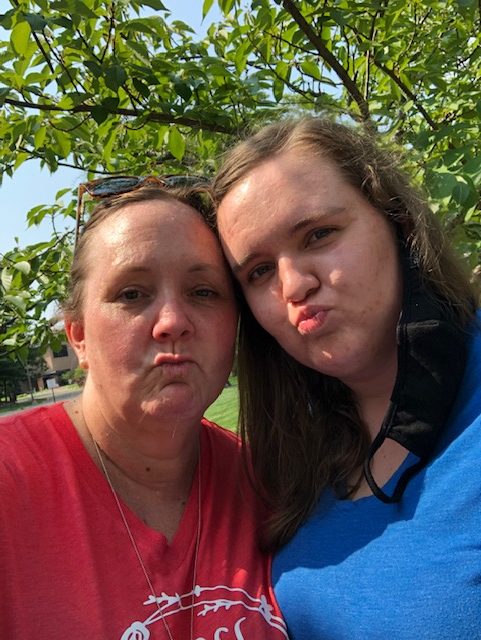 A couple of weeks ago, my daughter texted from college. Her suite mate had been exposed to COVID-19 and was being quarantined. The bombshell was, the quarantine had begun six days before, so, for six days, my daughter had been sharing a bathroom with the young woman with no new or particular safety precautions. No one–not the suite mate, not the residence hall director, not the administration–had informed her.  Several phone calls and terse e-mails later (my daughter later complimented me for not going “full bore unleashed”), I had an apology from the Dean of Students and a phone call from a staff member from the Office of Residence Life, who admitted that she could not “100% guarantee” that more mistakes would not be made. I realize it’s a Christian college, but maybe the staff member could have lied just a little bit?

Am I still frustrated? You betcha. Do I trust her college leadership? No. Am I still praying? All the time.

Please don’t believe that I’ve got this all figured out. I hate this time we’re living in, navigating the implicit judgments of those who believe I’m being too cautious and those believe I’m not being cautious enough. If one more church consultant pens a column telling me I’m supposed to embrace this moment as an opportunity to grow the church, I honestly think I might puke.

I, we, all of us must keep going forward, even when we don’t want to, even when we’re exhausted, even when, even when. The frustration is not going away any time soon, and maybe that’s okay. God appreciates our attention.

In the well worn words of Reinhold Niebuhr, “God, grant me the serenity to accept the things I cannot change, courage to change the things I can, and wisdom to know the difference.”

Niebuhr wrote and first prayed this prayer while the Second World War was still being fought. He was a first generation German American. He despaired. What would become of his parents’ homeland after Hitler? What would become of the world? He could see no way forward, and so he trusted God (Susan Cheever, “The Secret History of the Serenity Prayer, The Fix, March 6, 2012, (https://www.thefix.com/content/serenity-prayers-desperate-origins-Niehbur-Bonhoeffer-Tillich9965)

No, friends, we can’t always get what we want, but, by the grace and love of God, we do and we will get what we need. That’s his promise.