Disclaimer: This is not a devotional. There’s no moral to the story, unless you wish to find one here. It’s simply a cautionary tale about middle age and a long trail. 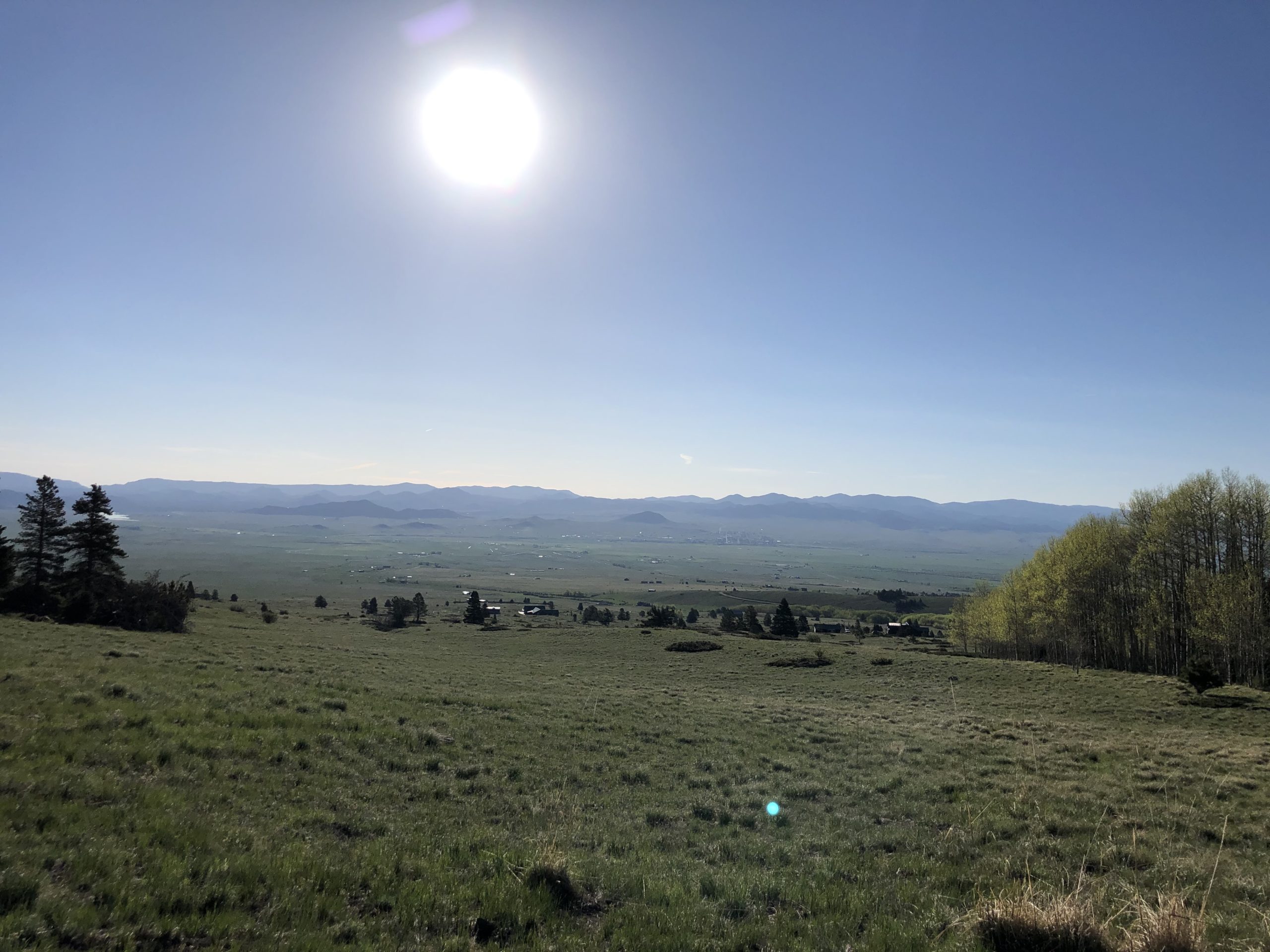 The Lake of the Clouds Loop trail begins at the end of a road leading out of Westcliffe, Colorado. My husband and I arrived to hike it—or at least (we thought) the first few miles of it—on May 29. It was our 28th anniversary.

The full distance of the trail is about 12 miles. It reaches a series of three small lakes at about 11,500 feet. Ambitious, yes, but–

Believe me when I tell you that I did not expect to hike past the first 2 to 3 miles. There’d been snow recently, and I fully anticipated having to turn back early. This was the first of several poor judgments. I mean, really bad judgments. I underestimated my tenacity (or is that stubbornness?), and we ultimately traveled 11 miles of trail. It was awful.

My husband and I stood at the topo map at the fork in the trail. He hadn’t read the reviews. I had. I did describe them. “Everybody says to go right,” I told him. “It’s easier.” He stared at the map a little longer. “It’s not that much shorter,” he said. “It can’t be that much less steep.” I should have been adamant. I wasn’t. This was the second of my poor judgments. 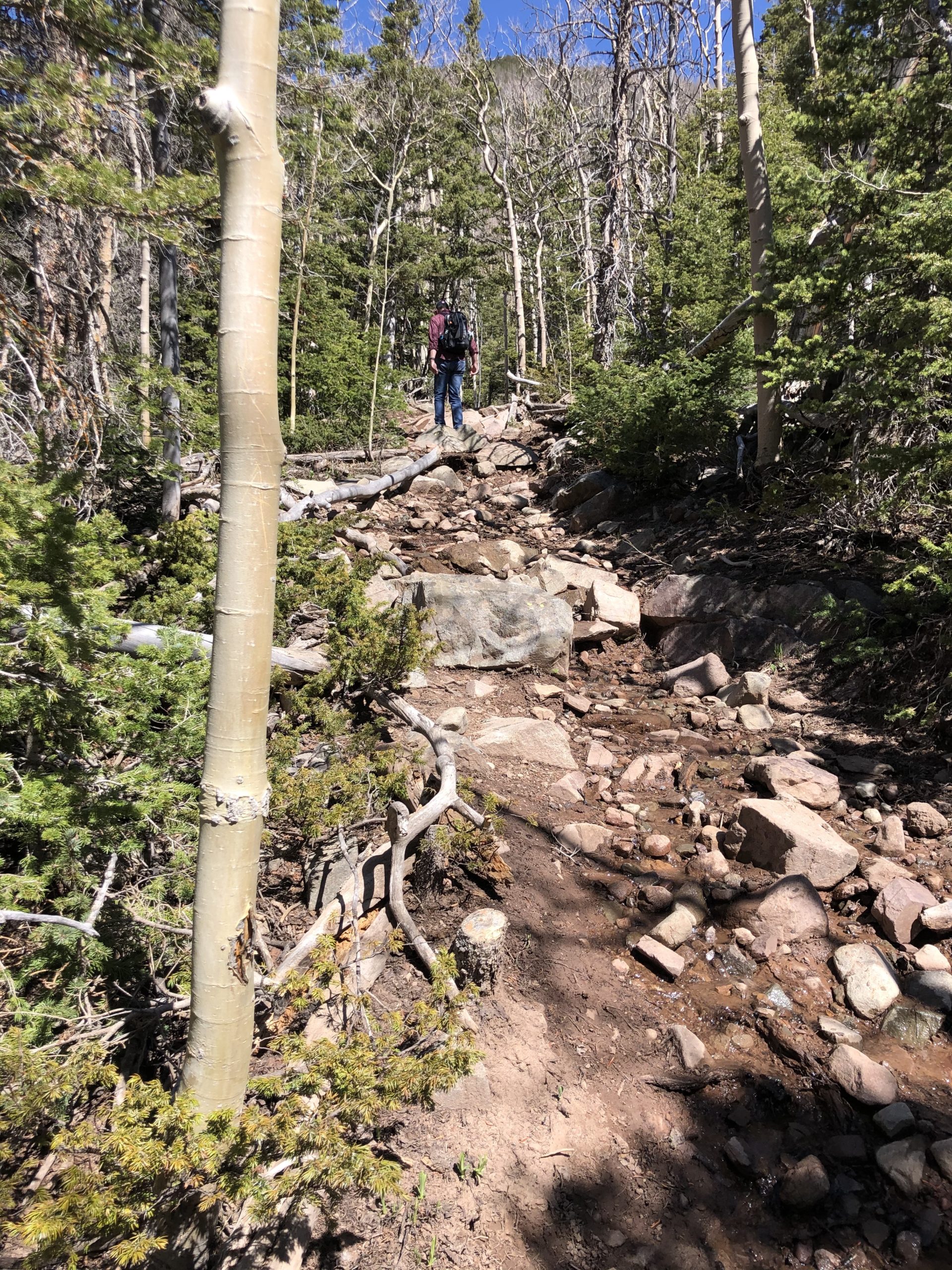 We went left. And it was hell. It was steep. I mean, really steep. And rocky. And wet. The snow melt turned the trail 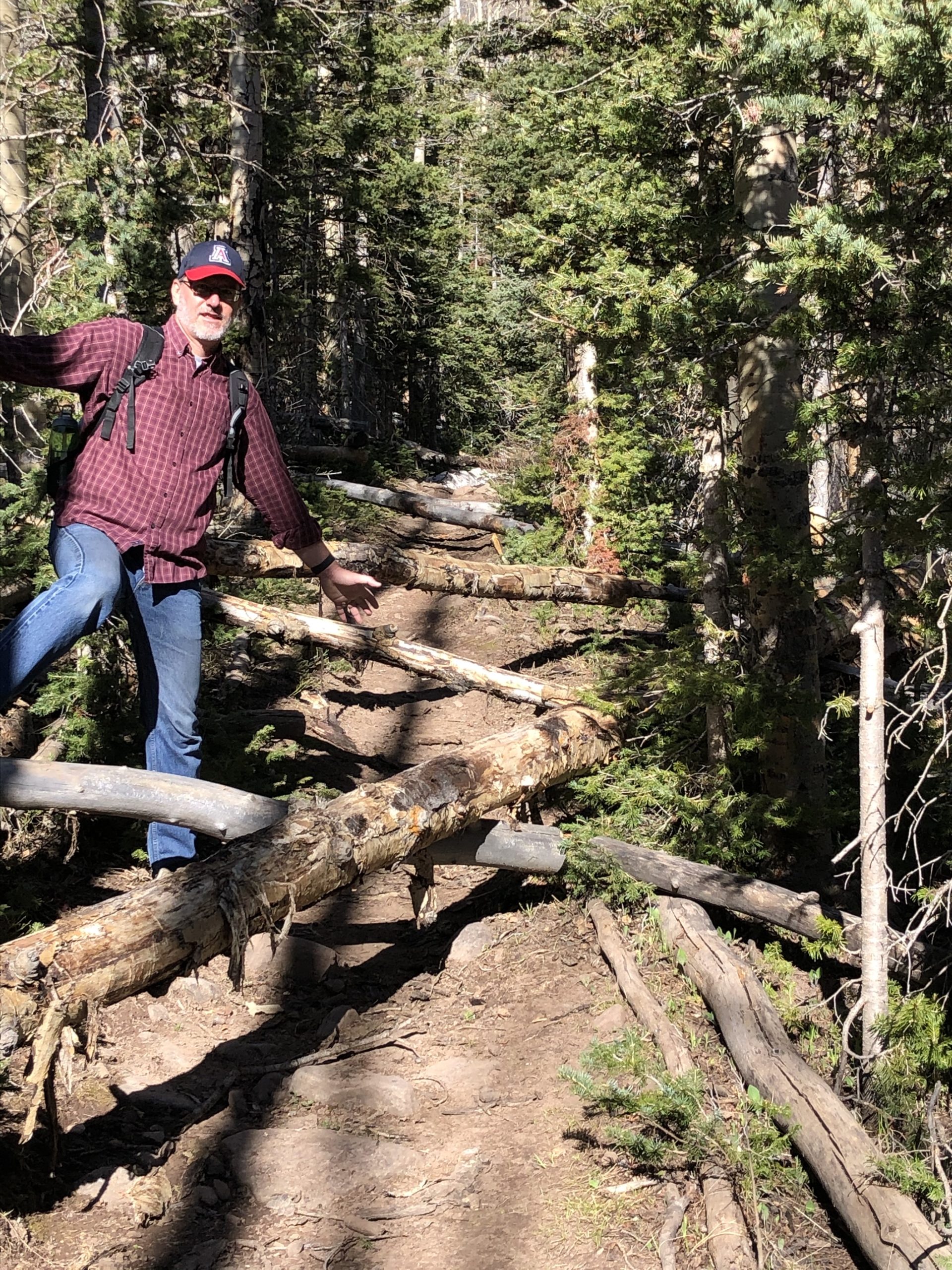 But remember poor judgment #1? Underestimating our tenacity once we were on the trail? We’re the kind of couple who will stay in a movie theatre to finish a movie we hate. We stay at the ballgame through the ninth inning, even if the score is 14-0. We finish what we start. A virtue? Not this time.

We kept going. Up and up, until I started sugar crashing. My hands were shaking. “Stop,” I yelled. We have to stop. We found a perch and ate a snack. We should have turned back. But we didn’t. We had carbs and water, and the rest of the day, so we kept going. I even took a happy selfie for Instagram, but I still haven’t posted it. Dishonesty is not a virtue. Not any time.

The little creek that was the trail eventually met up with the big creek, which was about 30 feet across. We’d been advised by a hiker earlier on the trail that the creek split into smaller channels in places, so we maybe could find somewhere to cross that wasn’t as wide. Yes, we found the smaller channels, but they were deeper, so no help. We finally found a “bridge” of sorts. 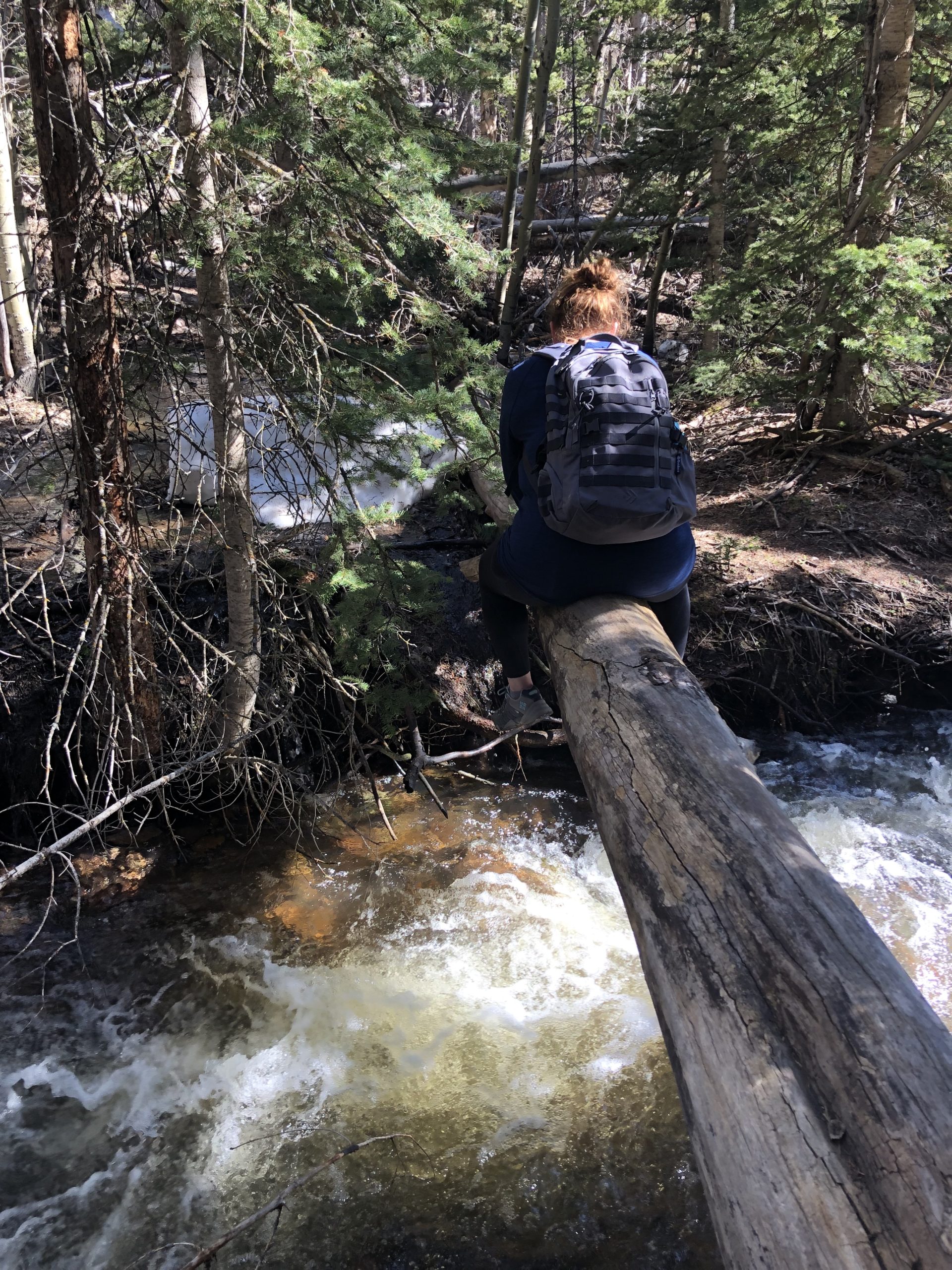 My husband walked across (show off!), and I scooted. I have the splinters on my inner thighs to prove it.

The right and left loops of the trail eventually met. Turn and head back down the other half of the loop or keep going? It can’t be that much farther to the lakes, can it? Of course, it can. A couple of miles farther? Or maybe just a mile? Third poor judgment. We kept going. We were stupid.

Ultimately, though, we didn’t get very far anyway. The trail was covered with

snow. Up to our waists over (you guessed it) downed trees that threatened to take my shoes prisoner and never give them back. The waterfall was lovely, but hardly worth it at this point. I just didn’t care. I was intent only upon survival.

When is far too far? When is enough enough, even for the woman who once sat through 14 innings of a Cardinals game on a work night?

That’s a good question, and all I can say is that my body answered it for me. Enough was finally enough, from somewhere deep in my soul, and I yelled out, “I’m done.” We turned around. Only good decision on the whole trip.

We took the long “less steep” route back down. Another 4.5 miles. It was much less steep, and there was less snow, but still downed trees, and still my two hips screaming for rest, and my head pounding, and my stomach queasy, and, well, you get the idea.

My mind began to wonder: What would happen if I called 911? Would they charge for the rescue? How much derision would I see in the eyes of the responders for attempting the trail in the first place? I really did not want to find out.

Here’s the point where I leaned over and almost threw up: 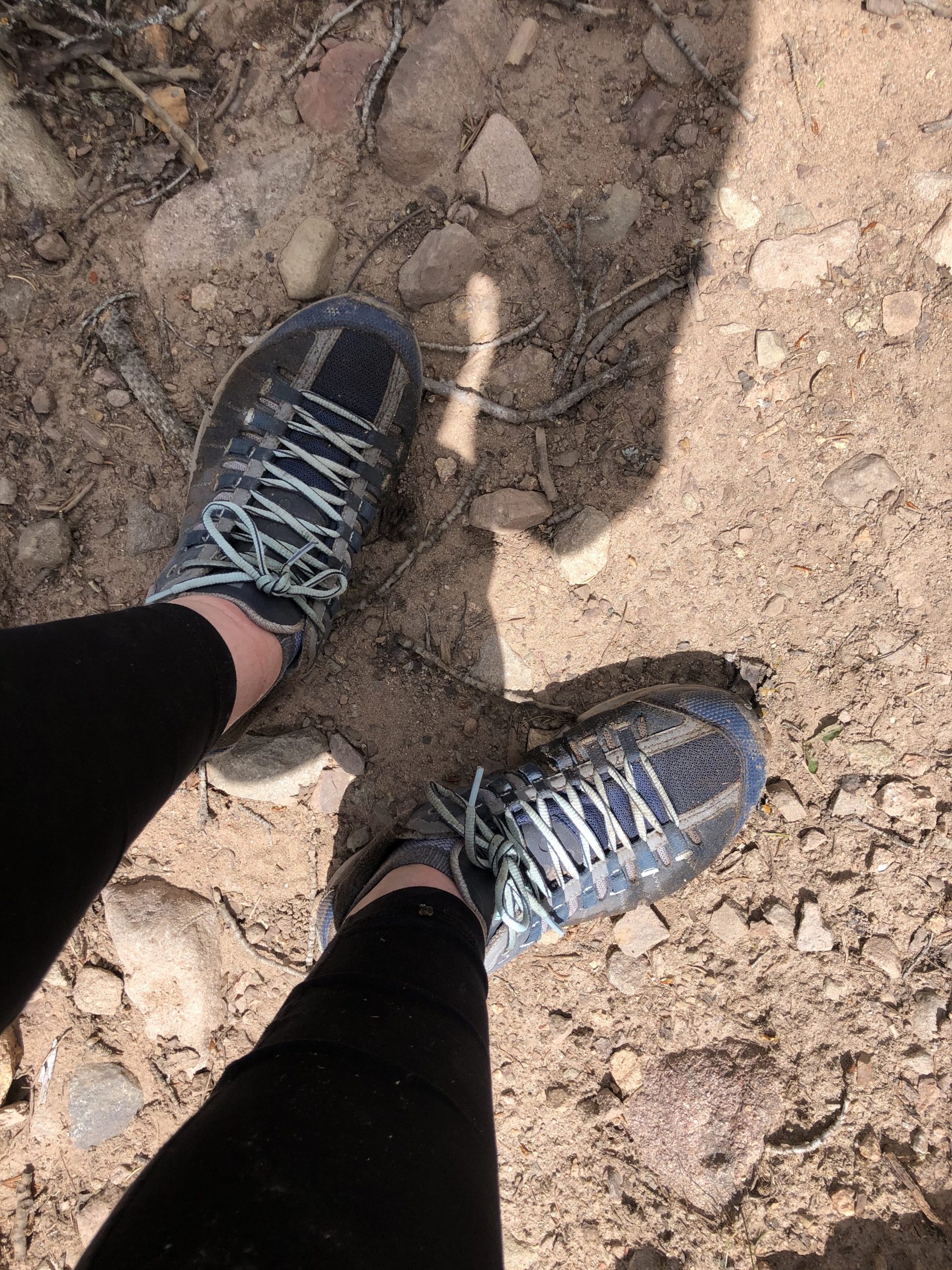 Here is the spot where I started to cry: 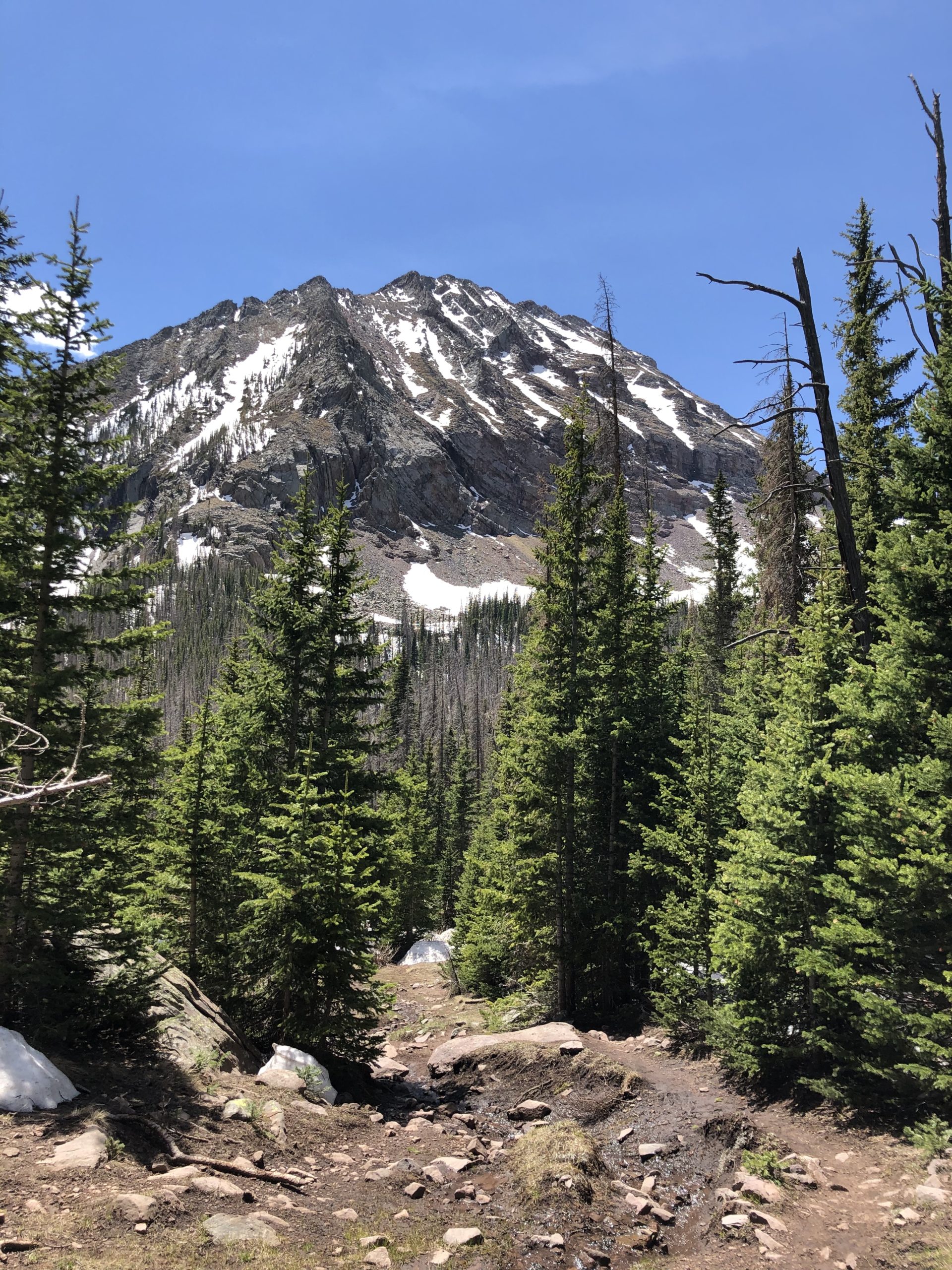 I can’t show you all the places where I used profane words. There were too many.

A word about my husband: He has asked me not to blame him. I don’t. He was hurting by the end of the hike, too. He did what he could to take care of me, but there was only so much he could do. Nature—the wilderness, my old body—sets the boundaries. I chose not to respect those boundaries. That’s on me.

I’m writing this now and posting these photos, so obviously we survived. We got back to the parking lot seven and a half hours after we left it, traumatized but standing. Barely. We have some good photos and a story to tell, but, given the chance to do it again, we wouldn’t.

Go right at the fork.