Remember Indiana Jones?  “Professor of Archaeology, expert on the occult, and how does one say it… obtainer of rare antiquities”?

I grew up watching those silly movies. For way too long, I wanted to be an archaeologist. Then I took an archaeology class in college. It only took half a semester to figure out that archaeological excavation is tedious, thankless, and (mostly) completely lacking in the adventure depicted in the films. I struggled even to stay awake in class as the professor showed slide after slide of pot shards. I was finished.

Those wistful days of archaeological naps came back to me recently, as watched the new Netflix film The Dig. The Dig tells the story of the discovery, in 1939, of the Sutton Hoo. No, not a creature in a Dr. Seuss book, the Sutton Hoo was a burial site in rural England where, among other archaeological finds, were the remains of a burial ship, loaded with gold and other artifacts, from Anglo Saxons of the early medieval times. It was one of the most important historical discoveries of the 20th century, as it showed the world that the people of the 7th and 8th centuries were incredibly sophisticated artisans and ship builders. As Charles Phillips of the British Museum remarks in the film, “The dark ages are no longer dark.”

As the film remembers, the person responsible for the discovery was a man named Basil Brown. Despite the enormity of his discovery, though, Brown was left almost unrecognized for his achievement. The Sutton Hoo artifacts went on display a decade after their excavation with no mention of their excavator. Only in recent years was his name included in the vast exhibit space given to the artifacts within the British Museum. One website goes so far as to dub him “the invisible archaeologist.”

Perhaps we long for the kind of adventure I watched in those Indiana Jones films. Maybe you wish for the recognition that poor Basil Brown only received after his death. There comes a point for everyone–sooner in youth or later in middle age–when we wonder how we’ll be remembered. It’s the question of legacy.

The landowner’s nephew in The Dig wonders, If a thousand years were to pass in an instant, what would be left of us?” He and his companion name the hard objects around them: the mug, a watch, the flashlight. “But every last bit of us and I would disappear.” Yes, she nods. Yes. 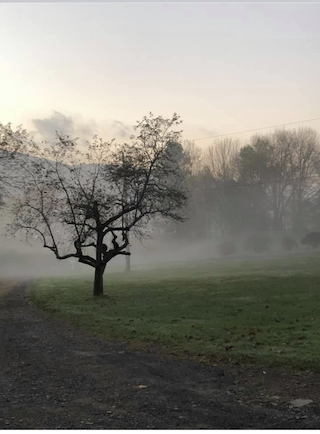 Here’s the rude reality: Most–probably all–of the achievements made by ordinary folks like you and me will go unnoticed by history. Very few of the possessions we collect will outlive us. Our legacies aren’t written in stone. No.

The question of legacy is one which Jesus answers early and clearly, though we may not want to hear what he has to say. Don’t store up your treasures on earth, he tells his followers (Matthew 6:19). Your treasure is where your heart is. Your treasure lies in Who and how you love.

Later, a man–known as “the rich young ruler” in some translations–approaches Jesus and wants to know how he can live forever. The answer he gets isn’t what he wants to hear. “You lack one thing: go, sell all that you have and give to the poor, and you will have treasure in heaven; and come, follow me” (Mark 10:21).

It would be easier, I suppose, if we could see and touch the legacies we hope to live behind, but it isn’t so. Our legacy exists in our love and its expressions: care, kindness, forgiveness, generosity. We pass on these gifts to others, who in turn pass them on to others, and so on, and so on, far past a thousand years.

We can’t hold such a legacy in our hands. We can’t post it to Instagram. Water slips through our fingers. It’s no less real because of our inability to hold onto it.

I do funerals, lots of funerals. On some occasions, the person being eulogized is remembered for their career accomplishments. I actually encourage it. We spend a third of our adult lives at work, so let’s at least recognize it.

But still, the stuff of eulogies is the stuff of family and friends, laughter and affection, vacations gone awry and ill-planned hobbies, grandbabies and calves, prayers spoken over us and Bible stories repeated. Faith in God and faith in us, even when our faith fails.

It’s how we’re remembered, and it’s the life that will outlive us. Our names will be forgotten. Our stuff will decay. I guarantee you, no one will ever excavate my old house. But our lives will be just as valuable and just as precious in God’s sight.