One of my favorite things to do in ministry is to visit with church members who are getting ready to leave the church.

I’m kidding. It gives me an ulcer.

I remember, years ago in a previous ministry, meeting with a household that was very angry about a series of decisions the church leaders had made. I spent the hour in their living room, explaining the leadership’s actions and prayers leading to the decision, knowing the whole time that it was useless. They’d already made up their mind to leave.

Finally, the conversation came to an end. I prayed. I rose to leave. A member of the household stopped me. “What are you so afraid of?” he asked.

I was genuinely confounded. Afraid? I wasn’t afraid of anything in that moment. Sad, angry, disappointed…yes. Afraid? Hm. I had to think about it. I stammered and left.

In the months and years that have passed, I’ve thought a lot about that time in the life of that church and a lot about that question. The decisions the church leaders were making at that time weren’t popular. We didn’t think they would be, but we believed them to be faithful. Maybe the only thing I feared in that moment was displeasing God.

Amongst the many kings–good and not so good–remembered in First and Second Chronicles is Jehoshaphat. What a great name. (Don’t say it five times fast in public. Folks will think you’re having a seizure.)

Jehoshaphat had a grand name, but he didn’t have such a grand time ruling. Things were tough with neighboring nations breathing down the Israelites’ collars. Jehoshaphat decided to appoint judges to help him rule, and he gave them very specific instructions.

“Consider what you are doing, for you judge not on behalf of human beings but on the Lord’s behalf; he is with you in giving judgment. Now let the fear of the Lord be upon you; take care what you do, for there is no perversion of justice with the Lord our God, or partiality, or taking of bribes” (2 Chronicles 19:6-7).

And, by all accounts, that’s what the judges did. The only fear on which they acted was the fear of the Lord. 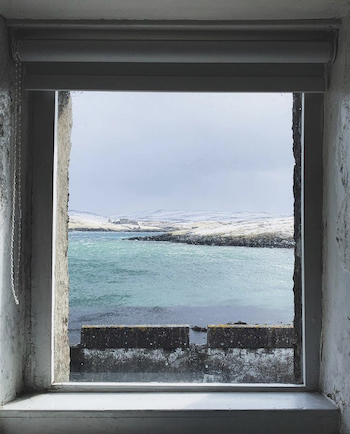 It seems like a lot of us leaders these days are acting out of fear of what-might-happen. If we don’t (fill in the blank), then (fill in the blank). Maybe it’s always been this way. I fully understand the trepidation that comes when you know you’re going to make people mad (see “ulcer” above). Still, such fearful reasoning is balderdash. It’s beneath us. We can do better.

Last month, Dominic Pino wrote an op-ed in the National Review in which he made the case that the pop band Tears for Fears’ song, “Everybody Wants to Rule the World,” is a conservative, federalist manifesto. Ha.

Lead singer Curt Smith tweeted in response, “Irony & sarcasm are clearly not your forte (it’s me singing btw)” (here).  When the man who wrote the song tells you you’re wrong, you’re wrong.

“This is how you shall act,” Jehoshaphat charged, “in the fear of the Lord, in faithfulness, and with your whole heart” (19:9).

We followers of God, we disciples of Jesus, we are people of the means, not the end. We stay faithful in how we live and love and vote and spend our money (the means), and God takes care of whatever happens (the end). Leave God the final score; leave the rest on the field.